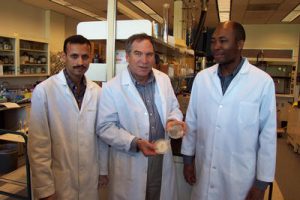 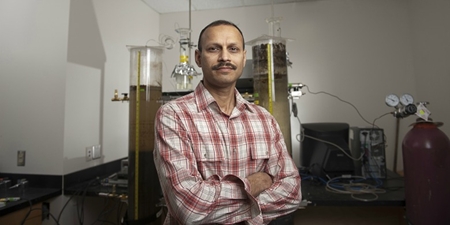 UAlberta researcher Tariq Siddique with the experimental columns in his lab that were used to incubate tailings samples and observe densification. He is finding that microbes could be used to increase the amount of water recovered from tailings ponds.

University of Alberta News Release
RENEW Newsletter Fall 2012
Edmonton Journal News: June 07, 2012; The U of A’s Dr. Tariq Siddique and Dr. Julia Foght have shown that microbes can speed up the settling-out process in tailings ponds.

Acidity issues could  surface during management of oil sands tailings