Anthropogenic Pb and other trace metals in the atmosphere, removal by soils, and consequences for natural waters
An understanding of the significance of metals such as Pb in the environment requires not only quantitative information about the chronology and intensity of their deposition from the atmosphere to the pedosphere, but also their subsequent release to the hydrosphere and biosphere. Biological availability of metals in the environment depends on bioaccessibility, and this is largely dictated by their abundance and chemical speciation in natural waters. With atmospheric contamination by trace metals recognised as a global phenomenon, there is increasing interest in trying to determine the extent to which metals contaminating our soils will eventually leak into lakes and streams, as well as groundwaters.

We are addressing these issues with studies of the behaviour and fate of trace metals both in surface waters, and in groundwater systems.

Specifically, in the mixed forest region of central Ontario on the Canadian Shield, we are using a multimedia approach (snow, moss, peat, humus, sediments, and water) to investigate the isotopic evolution of atmospheric Pb in central Ontario since AD 1800, and its impacts on the soils, waters, and sediments of forested watersheds (namely Kawagama Lake, Dividing Lake, and Coldspring Lake). Despite the contemporary enrichments of Pb in rain and snow, and elevated concentrations in the streams, dissolved Pb in the lake are sometimes below 10 ng/l (parts per trillion), with Pb concentrations and Pb/Sc ratios approaching “natural” values because of efficient binding to particles, and the subsequent removal of these phases from the watershed.

In an agricultural region of central Ontario consisting of alluvial soils surrounded by glacial tills, we have been studying trace elements in recent groundwaters of an artesian flow system (in Springwater Township of Simcoe County). This investigation also includes a comparison with snow which allows us to quantify enrichments and depletions, relative to atmospheric inputs, and to follow the chemical evolution of the water. Although potentially toxic, chalcophile elements are highly enriched in snow, relative to their natural abundance in crustal rocks, the groundwaters in this area are significantly depleted in Ag, Al, Be, Bi, Cd, Cr, Cu, Ni, Pb, Sb, Tl, V, and Zn. In the case of Pb, the removal processes are so effective that apparently “natural” ratios of Pb to Sc are found in the groundwaters. Tritium measurements show that the groundwaters at one of the sites is modern (ie not more than 30 years old) meaning that metal removal along the flow path is rapid.

Because the abundance of Pb in the groundwaters may be extraordinarily low, considerable care needs to be taken to collect the water samples without contaminating them. With this challenge in mind, we are not only employing the analytical methods which we have successfully used for studies of arctic snow and ice (in partnership with James Zheng and colleagues at the Geological Survey of Canada) but we have developed dedicated groundwater research wells for our studies. To date, the Elmvale Groundwater Observatory (EGO) includes one well in surgical stainless steel, and a second one (hydrologically upgradient from the first) in acid-washed high density polyethylene (HDPE). During sampling, each well is protected by a metal-free clean air cabinet, designed by Dr. James Zheng and built by Tommy Nørenberg. 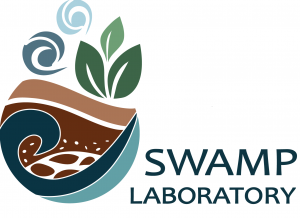